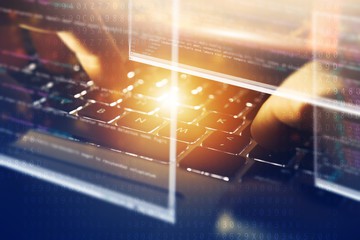 Keep reading to find out what improvements have been made to Windows Server.

These features show improvement in the virtualization, networking, administration, and storage areas of the new Windows Server.

Nano Server no longer has the graphical user interface (GUI) or features such as MSI and Server Core components. The server's new focus is on containers and cloud applications.

Nano is great as a host for Hyper-V machines or Scale-Out File Server. It's also ideal as a DNS server or an IIS web server. This change has led to a much smaller size, physically and resourcefully, and significantly fewer testing reboots.

Its size reduction is convenient for transportation across sites and other servers. Nano is also more secure, with server roles being applied from outside the system.

The Recovery Console is a local interface that allows for minimal configuration adjustments, an example being WinRM. The system can also be managed using PowerShell.

Microsoft and Docker have brought containers to Windows Server 2016.

Containers are packaged applications that are separate from the rest of the server they run on. They may not even run on the server. This allows them to deploy reliably and with speed. Another advantage is that containers make management easier.

If you're looking to isolate a low-trust workload, this container is for you - as long as you're fine with it sharing resources with other containers on that server. The containers share one kernel, so they all have to be supported by the same kernel version and makeup.

A new level of isolation comes with these containers. They're for workloads that need higher security. Each Hyper-V container is on its own VM, meaning it has a kernel all to itself.

Different kernel versions and makeups are possible because of how separated the containers are.

UEFI, or Unified Extensible Firmware Interface, has an updated Secure Boot. This function prevents unauthorized OS and malware from affecting the system during startup.

Before, a Linux-based VM wouldn't work with Secure Boot. Start-up would be canceled. Now, Linux OS is compatible with Windows Server-based Secure Boot, and you can apply Linux VMs without a problem.

These are the Linux versions that Secure Boot will authorize during startup:

Windows Server 2016 has introduced a number of new features for shielded VMs.

Encryption Supported mode provides moderate-level protection and supports disk and traffic encryption, vTPM, and PowerShell Direct among other features. If a VM isn't shielded, you can convert it with full support. You can now use the Hyper-V Virtual Machine Manager to open a shielded VM's key protector and see which fabrics the VM can run on.

PowerShell-based diagnostics seek out errors in the system and Host Guardian Service. Shielded VMs will remain secure while they're in recovery or repair. Finally, rather than creating a specific Active Directory for the Host Guardian Service, it can use one that already exists.

One of the biggest additions to Windows PowerShell is that there is a new Invoke-Command parameter called -VMName, which sends the administrative command straight to the virtual machine. You can also now locally run PowerShell on Nano.

A great thing about PowerShell Direct is that no configuration of any kind is required, and security isn't a worry. This means that the program will work even without guest VM networking and if remoting on that VM is disabled.

PowerShell Desired State Configuration in WMF 5 has also been updated.

Improvements have been applied to help the investigative "blue team" effectively use digital forensics and diminish weak security points in PowerShell.

The new version of Windows Server has simplified creating storage with Storage Space Direct. Shared storage platforms are no longer required because failover cluster nodes can use the local cluster storage.

This allows for the availability of disk devices such as NVMe and SATA SSD, which will decrease cost and improve the host server's performance. To add more storage, add more servers.

A system that is used with Storage Spaces Direct, Resilient File System, has increased stability because of its improvements.

Sending objects to clients over the web is now much faster. The Initial Congestion Window is at 10, a whopping six-digit increase. Larger objects can be sent at once.

TCP Fast Open has been introduced, significantly cutting the time it takes to get a network connection.

Multiple programs have been put in place to improve TCP performance when a packet is lost. Tail Loss Probe changes Retransmission Timeouts to Fast Recoveries, which can detect and recover a packet more quickly. Recent Acknowledgement, or RACK, speeds up the process of retransmitting the packet.

The new Window Server 2016 features have made the server more time efficient and simple to use. Features such as containers have boosted organization and ease of management. Various programs and frameworks are more secure and stable.

It's safe to say that the changes to Windows Server are for the better.

Don't forget to check out our knowledge base for support. If you have any questions, feel free to contact the Managed Team today!